Cognitive Science is an interdisciplinary field of inquiry that is concerned with the acquisition, representation, and use of knowledge by individual minds, brains, and machines, as well as groups, institutions, and other social entities. Because the fundamental purpose of the university, as a social institution, is the preservation, generation, and transmission of knowledge, cognitive science speaks to the heart of the university's mission. By engaging faculty from Psychology, Philosophy, Linguistics, Computer Science, Neuroscience, and Anthropology, Sociology, and other social sciences in common purpose, Cognitive Science constitutes a microcosm of the university as a whole. Through the efforts of its faculty, UC Berkeley is one of relatively few institutions to offer an undergraduate major in this field. And in terms of the scope of our approach to the field, Berkeley's program is almost unique.

Cognitive science majors students are expected to approach problems of knowledge using the tools of several different disciplines: philosophy, psychology, linguistics, computer science, neuroscience, and various social sciences. This expectation is reflected in a demanding curriculum that moves from a broad introductory survey course to a six-course distribution requirement covering the philosophy of mind, cognitive psychology, linguistics, computational modeling and artificial intelligence, neuroscience, and various social sciences. After fulfilling their distribution requirements, students have the opportunity to concentrate further study in an area of their choosing, and to complete an honors thesis.

The structure of "Cognitive Science," as an interdisciplinary field of inquiry, is represented by the "Cognitive Hexagon" devised by a committee convened by the Sloan Foundation, which supported the field in its early years, -- with each of its vertices representing one of its constituent fields: Philosophy, Psychology, Linguistics, Neuroscience, Artificial Intelligence, and Anthropology. At Berkeley, we have broadened "Anthropology" to include a wider array of social sciences, such as Sociology and Economics; and broadened "Artificial Intelligence" to include a number of different approaches to the computational modeling of cognitive processes. Berkeley's program is truly interdisciplinary; it is one of the very few undergraduate Cognitive Science programs that requires all majors to make contact with each point on the cognitive hexagon.*

*Note. In 2007-2008, the UCB Administration and Academic Senate convened an Undergraduate Student Learning Initiative, intended to establish locally defined, discipline-specific, and faculty-driven learning goals and evaluation procedures for all undergraduate majors programs in brief, what we want our students to learn and how we insure that they learn it. This text is taken from the introduction to that document. It can be read in its entirety here. 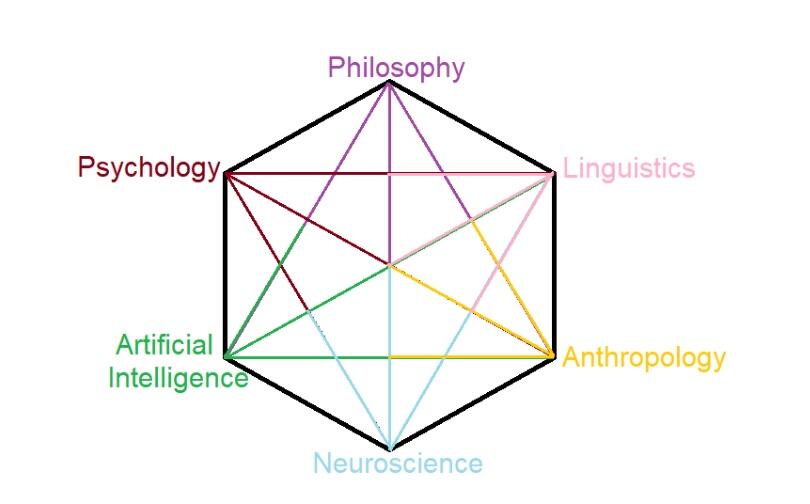